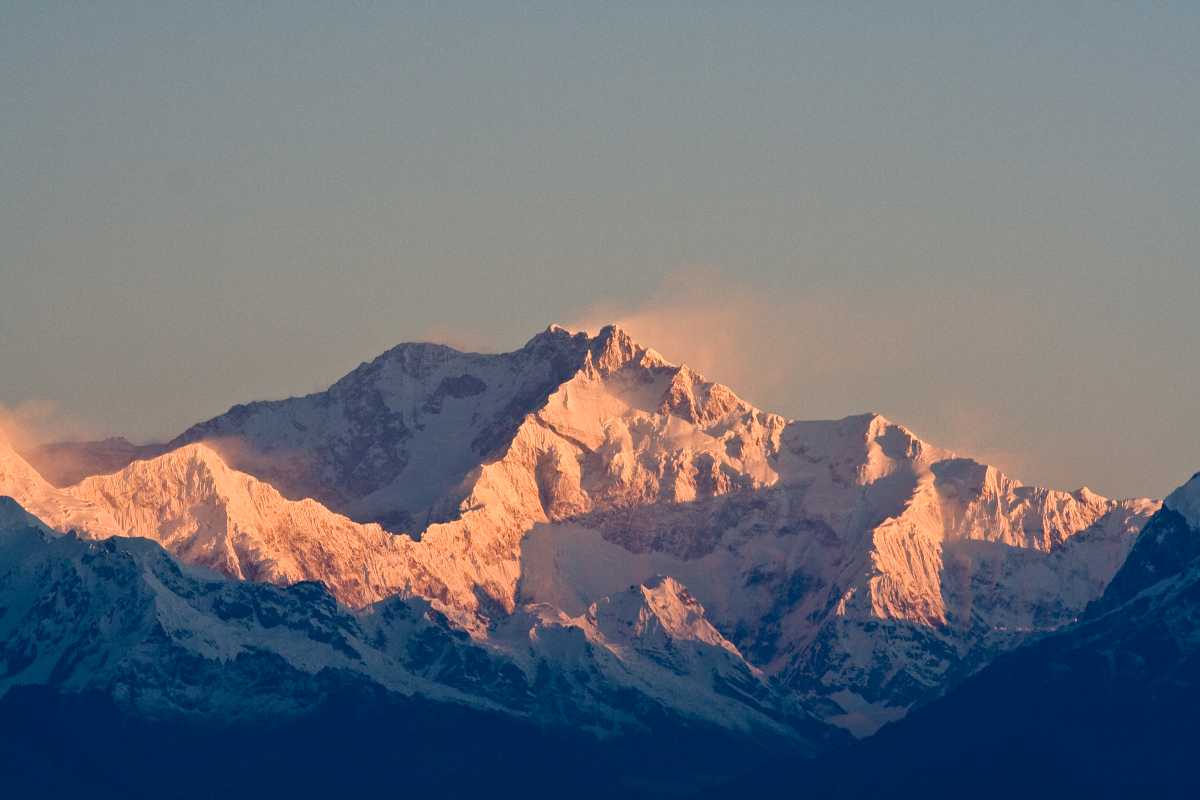 The Kanchenjunga area was first opened to organize trekking in 1988. Prior to that, the only westerners to have explored the area were those on mountaineering expeditions."Kang-chen-zod-nga", meaning "Five Great Treasuries of the Snow", actually, has seven major summits. To the locals Kanchenjunga (8585 m.), the third highest mountain in the world is the abode of gods who bestow prosperity and benevolence on them and their lands but, to climbers of this mountain the phrase "Five Great Treasuries of the Snow" takes on a slightly more ominous tone. The avalanches that Kanchenjunga throws down are said to be the largest anywhere! Since the locals venerate the mountain, there is a tradition among mountaineers not to stand on the actual summit. All "successful" assaults have stopped just short of the summit honouring an old promise made by the leader of the first successful attempt in 1955 to the maharaja of Sikkim .Kanchenjunga is on Nepal 's eastern border with the Indian State of Sikkim . The lowland areas are culturally rich but there are few good mountain views. There are shops, but these are geared to cater to the local inhabitants and not the tourist. One must always carry all of one's provisions into the region. Your last shopping chance will be at Kathmandu .The major ethnic group inhabiting the Kanchenjunga region is the Limbus who along with Rais belongs to the broader "Kiranti" group. Both these peoples have earned respect as fearless infantry men-the "Gorkhas". Infact, till some years ago, the only serving Victoria Cross holder in the British Army was a Limbu. The Limbus can be recognised from their headgear "topi" which is identical to the national headgear of Nepal but taller and more colorful. If you are lucky to pass through major Limbu villages during the first of the Nepali month you may be able to witness village fairs which mainly serve as an excuse for the younger generation to go courting. Nevertheless, these are fun times and offer great photo opportunities.By far the more famous contribution of Limbu culture is the millet drink "tongba" which is served in special wooden "tongba pot". Fermented millet seeds are put in the tall pot and hot water added. Then the potent brew is drunk via a thin bamboo straw, with tiny holes, which act as filters and keep the seeds out. When all the liquid in one pot has been drunk, hot water is added to it again and the process repeated. Look out for this speciality north of Basantapur. Please seek your sirdar's advice on the quality of the brew and consume sparingly.Your journey to unlock the secrets of this remote area begins with a flight from Kathmandu to Taplejung (Suketar) in the east of Nepal . From Suketar you head to Chauki annd from there through the villages of Mitlung, Ghunsa, Khambachen and Lhonak to Pangpema (5140 m.) which is also the Base Camp for expeditions attempting the North Face of 2Kanchenjunga and the culmination of the first part of the trek.This strenuous and extended trek visits both sides of the peak but, as with all treks that spend protected times at high altitudes it requires determination and some luck to complete the trek successfully. The crossing of high passes requires good weather - snow could mean that the trail has become dangerous for travel and heavy rains often cause landslides that wipe out whole sections of trails. Protracted stays at high altitude requires that participants on this trek be in peak physical condition and the duration of the trek requires that no member of the party falls ill. These factors, of course, can not be controlled or predicted. Medical facilities are few and far between and emergency evacuation involves great cost and mind boggling logistics. Therefore, it is highly recommended that each and every participant on the trip have trip cancellation insurance, which also covers emergency evacuation, by air.  Highlights of the TrekkingWalking through beautiful terrace fields and wild natural vegetation along the trail, breathtaking scenery of tower snow topped great Himalayan peaks including Mt. Everest , Kanchanjungha, Makalu , exploring Yalung glacier.Fact of The TrekkingDestination : Kanchanjunga base camp Group Size : Min - 2Maximum altitude : 5140metersGrade : StrenuousSeason : Spring & AutumnAccommodation : Mountain hotel & Tented CampDuration : 27 Days with Kathmandu .Entry : KathmanduExit : Kathmandu


Please fill the form for booking or customize trip 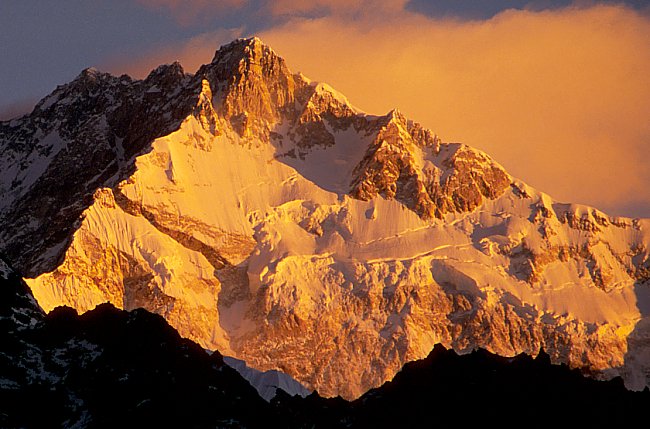